﻿﻿ ﻿﻿ Incident Boeing 737-8K2 (WL) PH-HZW, 10 May 2010
Home » ASN Aviation Safety WikiBase
ASN Wikibase Occurrence # 74268
This information is added by users of ASN. Neither ASN nor the Flight Safety Foundation are responsible for the completeness or correctness of this information. If you feel this information is incomplete or incorrect, you can submit corrected information.
Tweet
Narrative:
An emergency evacuation was orderded when flames were reported near the APU of a Boeing 737-8K2(WL) parked at gate D79 Amsterdam-Schiphol International Airport (AMS/EHAM).
Two passengers on board flight HV321 to Faro (FAO/LPFR) were reportedly injured in the evacuation.

Other occurrences involving this aircraft 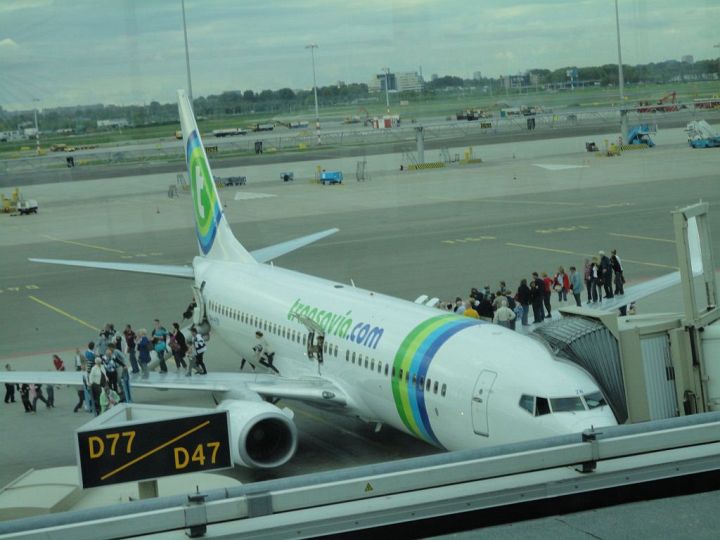 Taken from the arrival area of the Terminal D, at the height of the gate 77, on ‎10 ‎May ‎2010 at 19:53:00, seconds after black and gray smoke dispersed at the rear of the aircraft
Revision history:
Corrections or additions? ... Edit this accident description
The Aviation Safety Network is an exclusive service provided by:
Quick Links:
CONNECT WITH US: