﻿﻿ ﻿﻿ Runway excursion Incident Boeing 737-823 N901AN, 30 Nov 2010
Home » ASN Aviation Safety WikiBase
ASN Wikibase Occurrence # 83041
This information is added by users of ASN. Neither ASN nor the Flight Safety Foundation are responsible for the completeness or correctness of this information. If you feel this information is incomplete or incorrect, you can submit corrected information.
Tweet
Narrative:
The American Airlines Boeing 737-823 departed Dallas/Fort Worth as flight AAL802 on a scheduled flight to Montreal/Pierre Elliott Trudeau International Airport, Quebec. After touching down on runway 24R in light rain during the hours of darkness, the aircraft gradually veered left of centerline. It departed the runway surface and stopped in the grass and mud, approximately 90 feet from the runway edge and 6600 feet from the threshold. None of the 106 passengers, 6 crew members, or 1 off-duty crew member were injured. Evacuation was not deemed necessary; all passengers and cabin crew deplaned via an air stair and were transported by bus to the terminal. Damage to the aircraft was minor.

Findings as to causes and contributing factors

Following a stabilized approach and normal landing, the aircraft deviated left of the runway centerline, likely as the result of a nose-gear steering metering low-slew rate jam.
The delayed response to the uncommanded steering event by the pilot flying was not sufficient to counteract the movement toward the left, and the aircraft departed the runway surface. 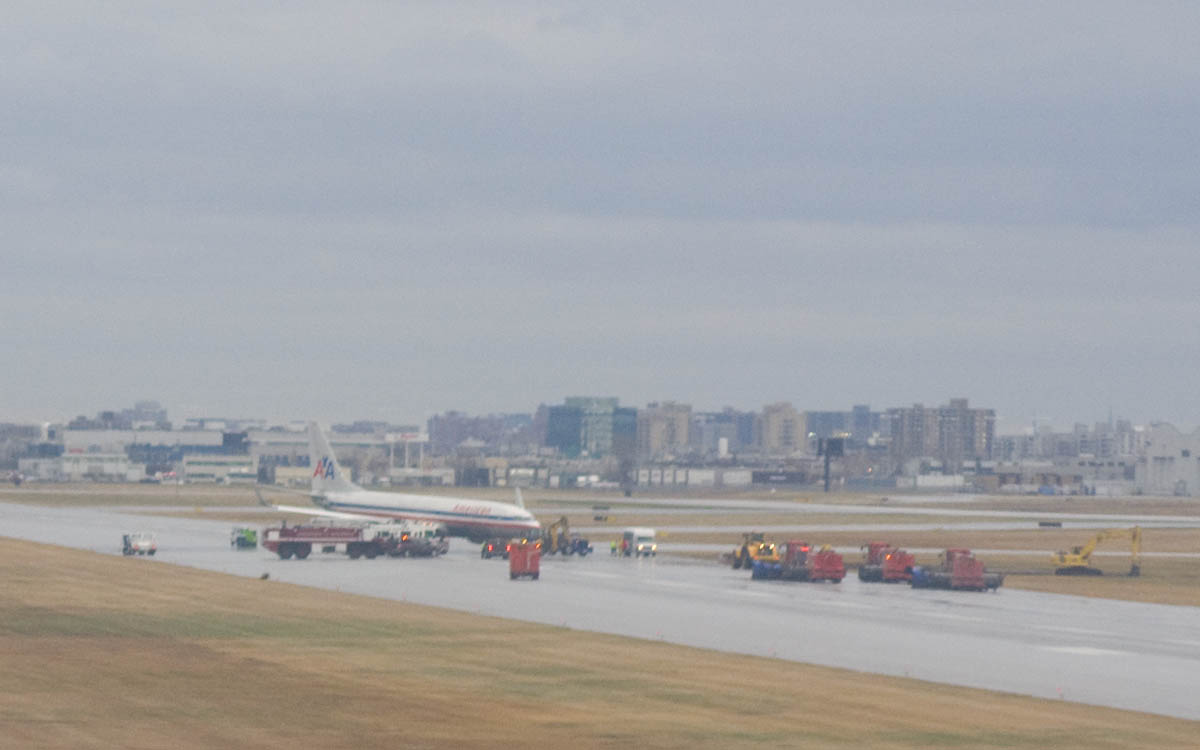 Picture taken on Dec. 1 st on incoming flight at 13:25
Revision history:
Corrections or additions? ... Edit this accident description
The Aviation Safety Network is an exclusive service provided by:
Quick Links:
CONNECT WITH US: